Posted at 14:22h in Uncategorized by Hellen Nyamweru 0 Comments

In October 2017, the GLTN Global Land Tool Network (GLTN), the FIG Foundation and the FIG Young Surveyors Network (FIG YSN) established a competence-based volunteer program for young surveyors also known as Volunteer Community Surveyor Program (VCSP). The aim of this program is to leverage on skills, experience, talents and education of young surveyors, and to match this competence with the needs of GLTN, particularly in the implementation of country-level activities. Participants in this program are called GLTN/FIG YSN Volunteer Community Surveyors (VCS).

The program’s objectives include: providing technical support and strengthening capacity of implementing partners at the country level; strengthening the role of young surveyors in promoting and improving land governance at country level, and, enhancing and enriching the professional career development of young surveyors. The surveyors are to support GLTN programmes in Zambia, Uganda, Philippines, Kenya, Nepal, and in the Democratic Republic of Congo by providing technical support and guidance in process documentation. The length of recruitment varies with the minimum duration being two (2) weeks and the maximum being four (4) weeks. By November 2017, recruited surveyors were deployed to Nepal and Zambia. Kenya, DR Congo and the Philippines in followed suit in January 2018, with Uganda recruiting last in February 2018.

Reports from the field have been streaming in and the partners have established that this program has been a success, being the first of its kind. In Nepal, Jordan Friis, the first Volunteer Community Surveyor completed his engagement in Charikot, Nepal on 6th November 2017. He had been attached to Human Rights Awareness and Development Centre (HURADEC), where using his skills in surveying and STDM, he supported in training HURADEC staff in mapping farm and house units captured from community sketches on high resolution satellite imagery.

“As a volunteer on this project, I learnt good problem solving and project management skills in a foreign environment where resources were limited, and communication could be difficult! I worked independently for a lot of the project and used this time to learn the GIS software. There were other opportunities too. For example, I took part in research on automatic feature extraction using remote sensing for cadastral mapping”, (Jordan Friis, November 17.2017)

The GLTN and partners including Kadaster and HURADEC, and in collaboration with community members and government authorities at the local level, are implementing pro-poor, gender responsive and fit-for-purpose (flexible, context considered) land tools and approaches in three villages, (Jilu, Phulappa and Bulungkhani) in Dholaka district, towards improving earthquake recovery and resilience, tenure security and access to government grants by affected communities.

In the Philippines, Mr. Donmarl Camua, from Australia, began his stint in December 2017 and was attached to Technical Assistance Movement for People and Environment, Inc (TAMPEI), for four (4) weeks. In a report submitted to TAMPEI, Donmarl commended the new program for having provided a great opportunity to work with communities in the informal settlements where he acquired invaluable knowledge and skills requisite in his area of work.

“The program helped me get a deeper understanding on community mapping process. It also served as an avenue to promote the role and importance of geodetic engineers (land surveyor) to grassroot communities,” (Donmarl Camua, January 14.2018)

TAMPEI is a movement of young professionals, (architects, engineers, and planners), that provides technical assistance to urban poor communities on informal settlements upgrading initiatives and the promotion of community-led processes to develop their own settlements. Donmarl was engaged in meetings between TAMPEI, the community and professional organizations/academia to discuss deliverables on existing agreements which aim at strengthening ties between communities and professional bodies for continuous capacity enhancement in responding to urban land challenges. He also participated in meetings organized by the Homeless Peoples’ Federation Philippines Inc. on the Davao project where the team agreed to link the communities there with Geodetic Engineer Volunteers to educate them on land acquisition, land titling issues.

In Kenya, Mr. Ikenna Donald Arungwa from Nigeria was deployed at Pamoja Trust, between 8th – 28th of January 2018. In his final report, Mr. Ikenna gave a detailed account of his stay at the organization which he describes as having been very productive. Ikenna reported of having learnt much from the people he interacted with at the Pamoja Trust, in government offices, at the community level and applauded the program for the exposure it afforded him.

“Volunteering at Pamoja Trust under the Volunteer Community Surveyor Program (VCSP) of GLTN/FIG YSN has indeed produced some treasurable and eye-opening experiences for me. To say the least, it has offered me an opportunity of understanding better, and in a broader sense (beyond the boundaries of my country) the issues surrounding land and its administration, and the roles played by other stakeholders like GLTN/UN-Habitat and Pamoja Trust in addressing these issues and providing viable alternatives from the existing tools and technology of land administration”, (Ikenna Donald, January 28.2018)

Pamoja Trust is a non-profit organization that seeks to promote access to land, shelter and basic services for the urban poor. Ikenna visited several sites within Nairobi where Pamoja Trust works to understand the situation there such as Kibera Soweto and Mukuru Sinai, Muslim Settlement, Ex-Grogon, Mabatini and Kosovo Settlements. He was also assigned tasks for the duration of the program in these settlements which ranged from creating databases for Muslim and Kwa Bulo settlements, carrying out STDM training exercises for community members in Ex-Grogon, Mabatini and Kosovo Settlements, preparing an STDM Training Manual for Pamoja Trust and undertaking preparatory work of an STDM training of county officials from Kisumu, Nairobi and Mombasa scheduled to take place in February 2018.

Other engagements on this program are ongoing until March 2018. We shall be updating you as they develop. The program is set to run for six months as a pilot project, after which a committee will evaluate lessons learnt and outcomes which will advise a larger similar program in future. 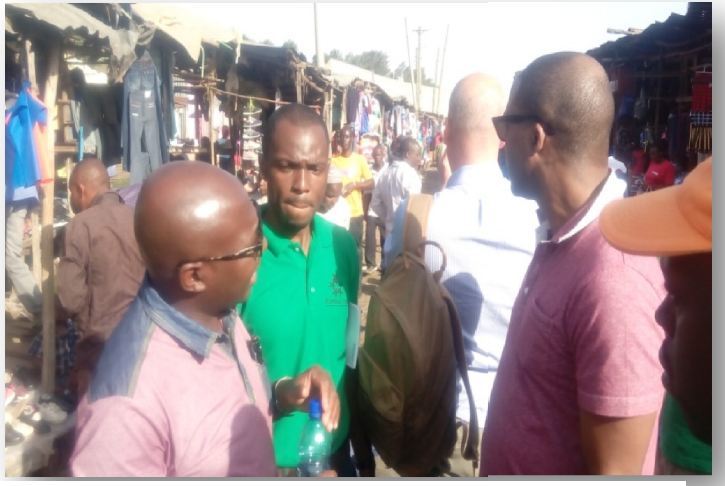 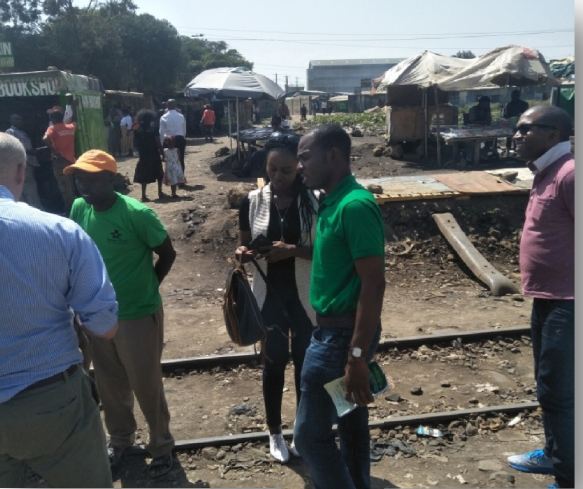 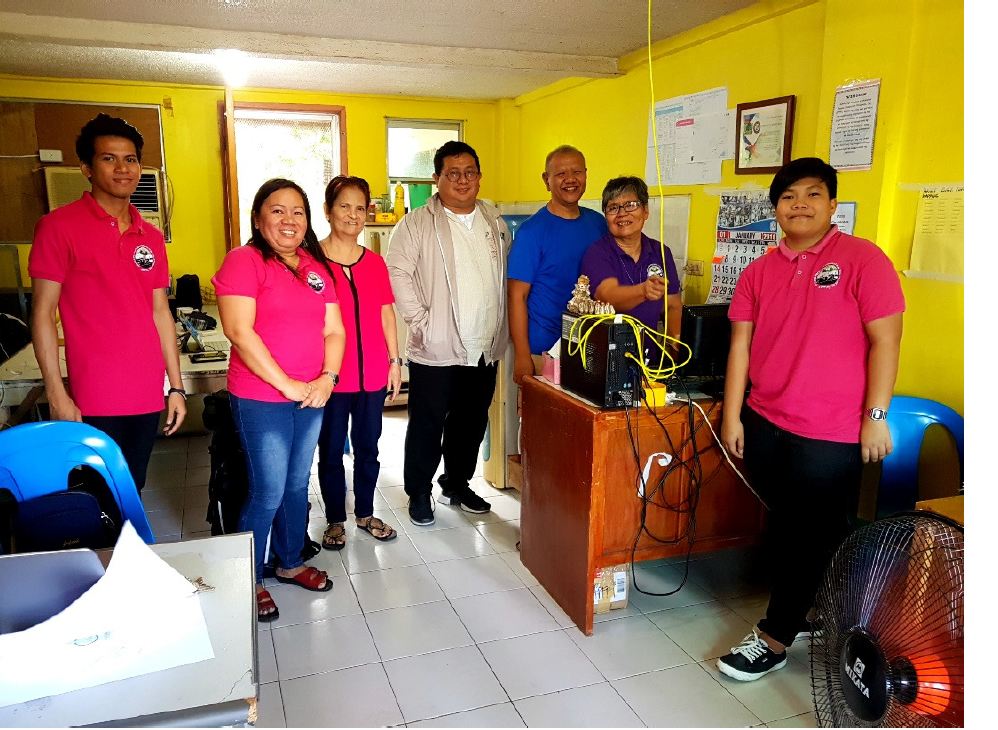 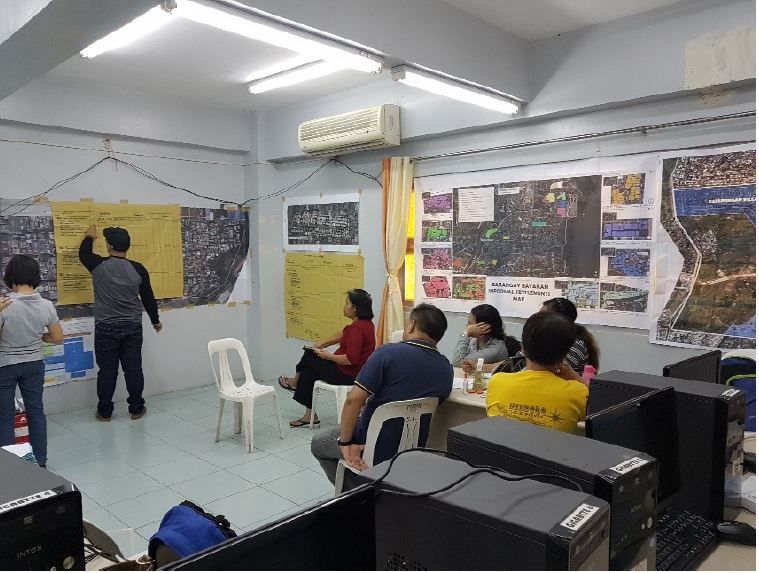 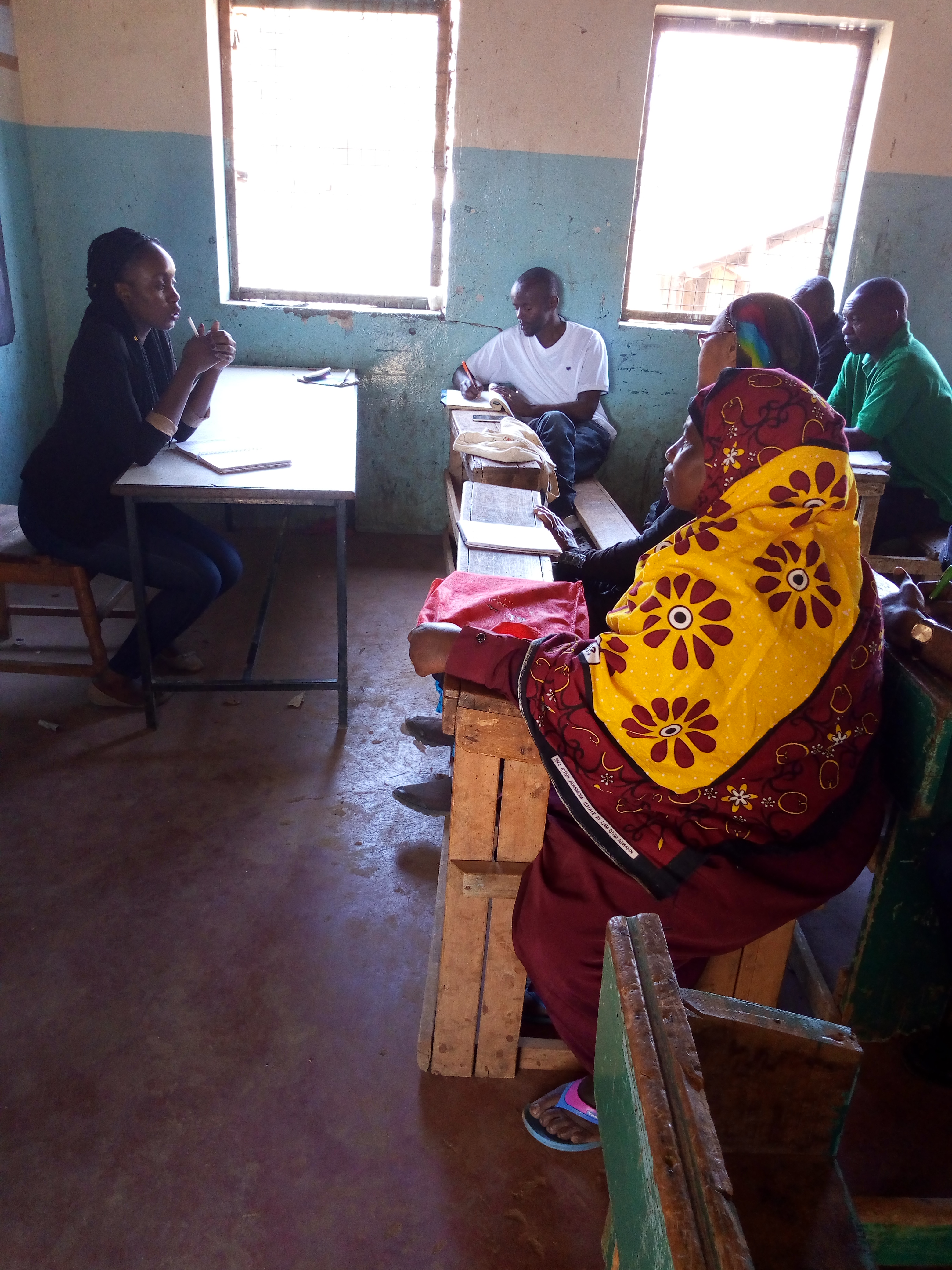